Geopolitics continues to drive much of the volatility across financial markets and will continue to do so in the near term. The question worth pondering after Russian President Putin announced a full scale invasion of Ukraine is, did we hit peak market panic?

Remarkably, the S&P 500 is on course to eke out marginal gains of 0.3% after a sizeable reversal from Thursday’s cash open, followed by a continued recovery during Friday’s session, aided by reports that Russia are ready to send a delegation team to Minsk for talks with Ukraine. Of course the situation remains fluid and sentiment can change on a whim from headline to headline, however, with multiple assets such as gold and oil, also posting sharp reversals, it may be the case that the S&P 500 has put in a bottom in the short run. To add to this, invasions (or US intervention) have typically represented an opportunity for bulls, which thus far, appears to be no different. Meanwhile, on the technical front, the index has also posted a bullish hammer, further suggesting that we have bottomed for now. That said, the view that we have bottomed would be invalidated on a break below 4110. Topside resistance sits at 4500. 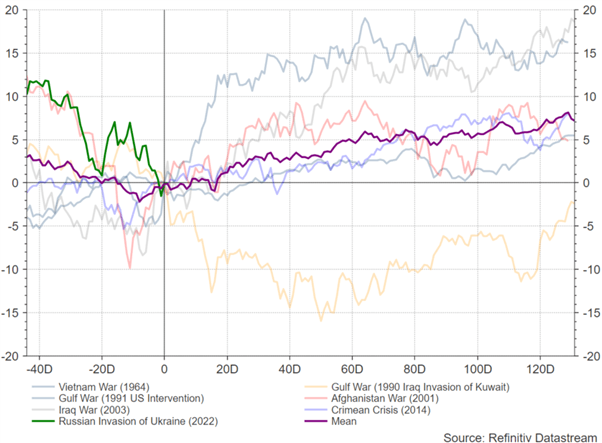 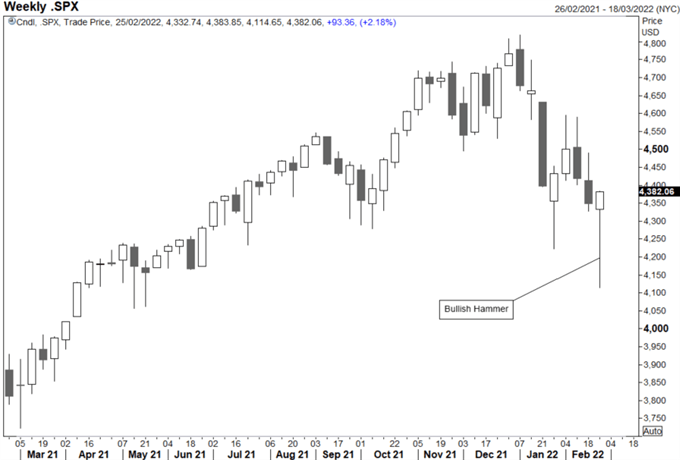 Looking ahead to next week, geopolitics will remain front and centre for risk sentiment. However, next week does see a slew of tier one data releases from the US, where ISM PMIs and Non-Farm Payrolls are on tap, which will be a key input as to whether the Fed hikes by 25 or 50bps. As it stands, Fed Fund Futures are priced in for 30bps worth of tightening, therefore, anything short of a 50bps hike may be perceived as a hawkish disappointment.