CFTC positioning data for the week ending February 16th saw a slight reduction in USD shorts, with the move primarily driven by leveraged funds, as real money accounts net sold the greenback. Over the past month, speculators have lightened on USD shorts, which in turn has quelled concerns over a possible violent short squeeze in the greenback, allowing for rallies to present opportunities to reload shorts.

Elsewhere, across the FX space, the big story has revolved around the move in fixed income and its implications for broader markets as taper tantrum calls grow louder. The rally in US yields has seen the Japanese Yen among the notable underperformers in recent sessions. That said, given the deterioration in JPY, it a rather surprising that net longs have picked up slightly with fast money accounts adding to their bullish bets. So far, the rally in bond yields haven’t led to a sizeable pullback in equity markets, however, should we see an extension to the move with the US 10yr yielding close to 1.5%, I suspect equity markets will roll over, leaving lofty tech stocks vulnerable to a correction. Although, as upside risks remain for US yields, risks remain tilted to the upside for USD/JPY.

The New Zealand Dollar remains the most overbought currency with both fast money and real money accounts boosting their net longs. However, despite this, the Kiwi has been underperforming against the Aussie in recent weeks. Going forward, the main focus for the Kiwi will be the RBNZ monetary policy, where the central bank will most likely acknowledge the better than expected recovery in the NZ economy. In turn, with the RBNZ closer to their objectives relative to the RBA, AUD/NZD may struggle in the near term (full analysis here).

Reduced political risk premium and a successful vaccine rollout program has seen the Pound become this year’s top performer in G10 FX so far. Net longs have picked up and expectations are that speculators will grow even more bullish on the Pound. Last week saw GBP/USD top 1.40 for the first time in nearly 3yrs and given that momentum remains very much on Sterling’s side, there is little in the way of technical resistance until the 2018 double top at 1.4350. The Pound is likely to remain a better performer against low yielders such as CHF, JPY and the EUR. However, one caution I would add is that the Pound is trading at overbought levels across the board and so while the outlook remains upbeat, there are risks of a slight pullback before the next leg higher. 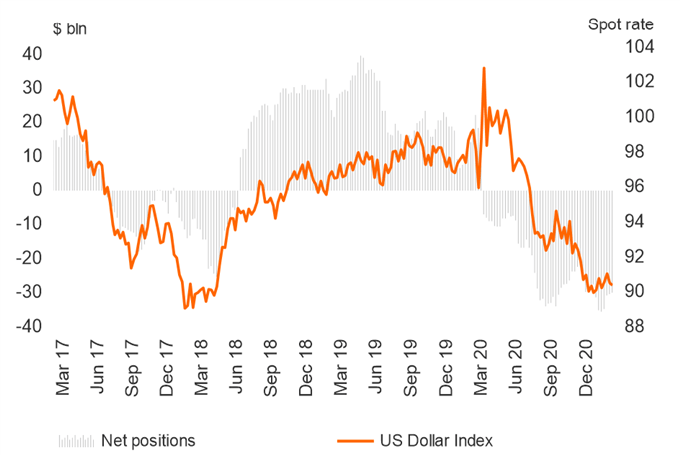 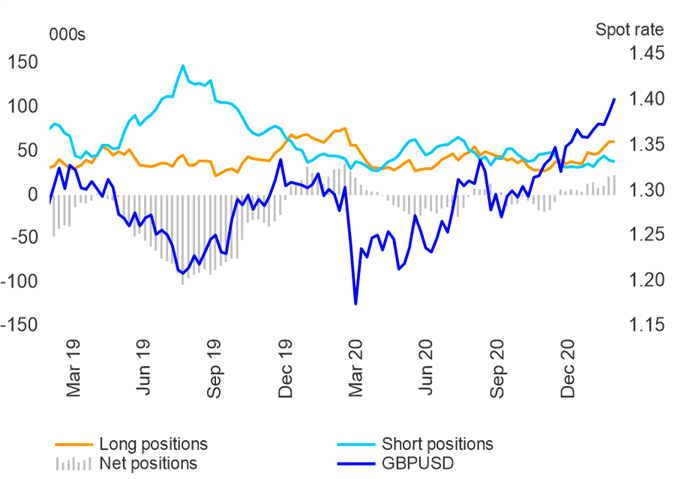 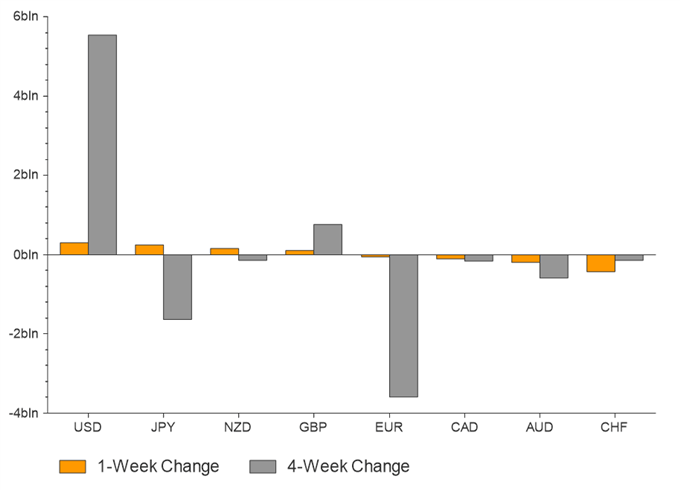